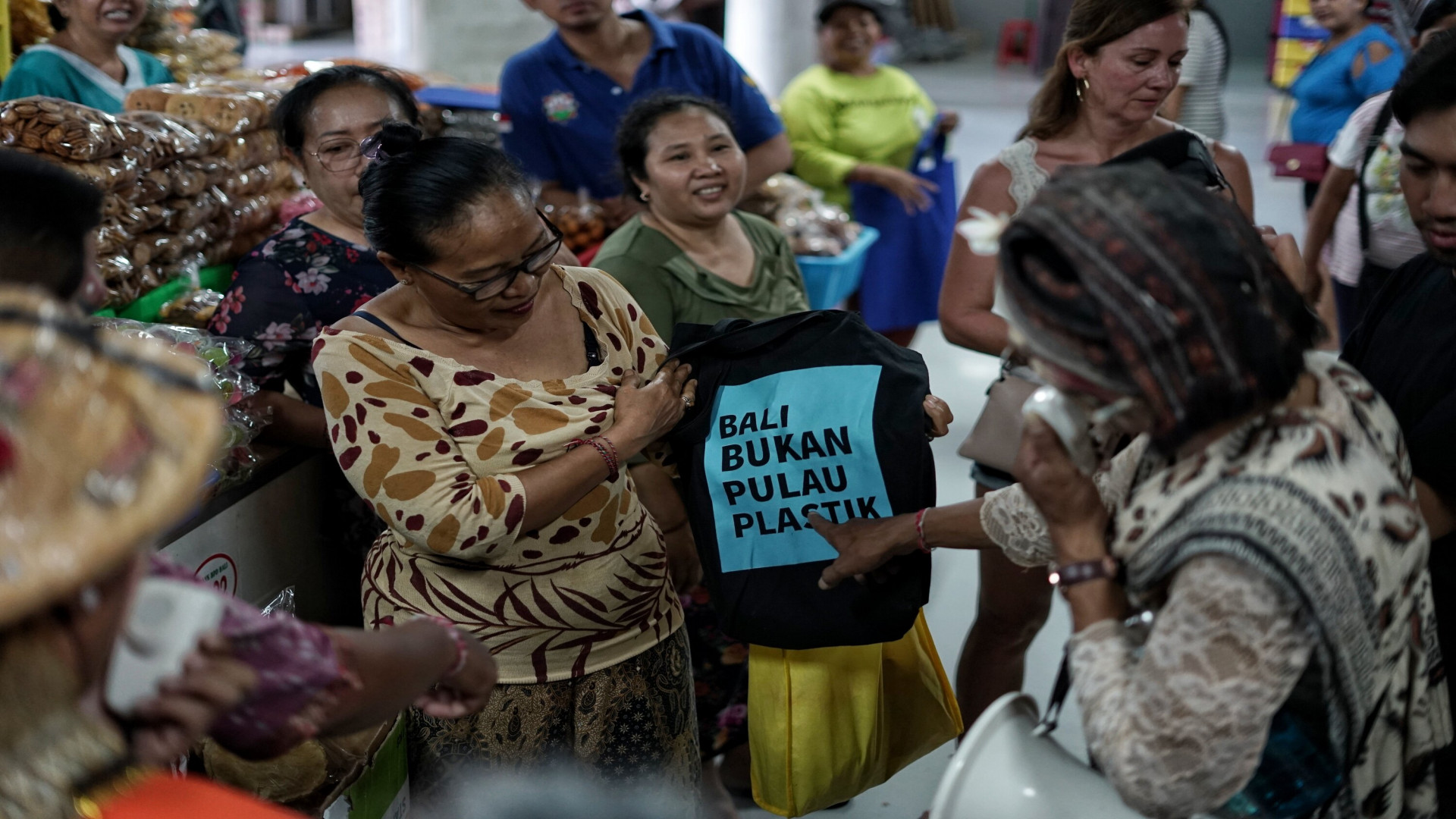 We are excited to present four new episodes of the Pulau Plastik series as part of our initiative to tackle the issue of single-use plastic waste in Bali and beyond.

Pulau Plastik, (Plastic Island), is a collaborative campaign between Kopernik, Akarumput and Visinema with the support of The National Geographic Society, The Body Shop Indonesia, Ford Foundation, and The Pratten Foundation.

The new Pulau Plastik episodes were launched officially on 6 December 2019 at the historic Badung market in Denpasar — the largest traditional market in Bali which recently implemented a policy to ban market vendors from providing single-use plastic bags to shoppers. The launch event began with a campaign to refuse single-use plastic packaging in the Badung market with Balinese comedy troupe Dadong Rerot. The day was then followed by public screenings of the four episodes as well as music performances by local musicians Jun Bintang, Made Bawa ‘Lolot’, Nosstress and Navicula. 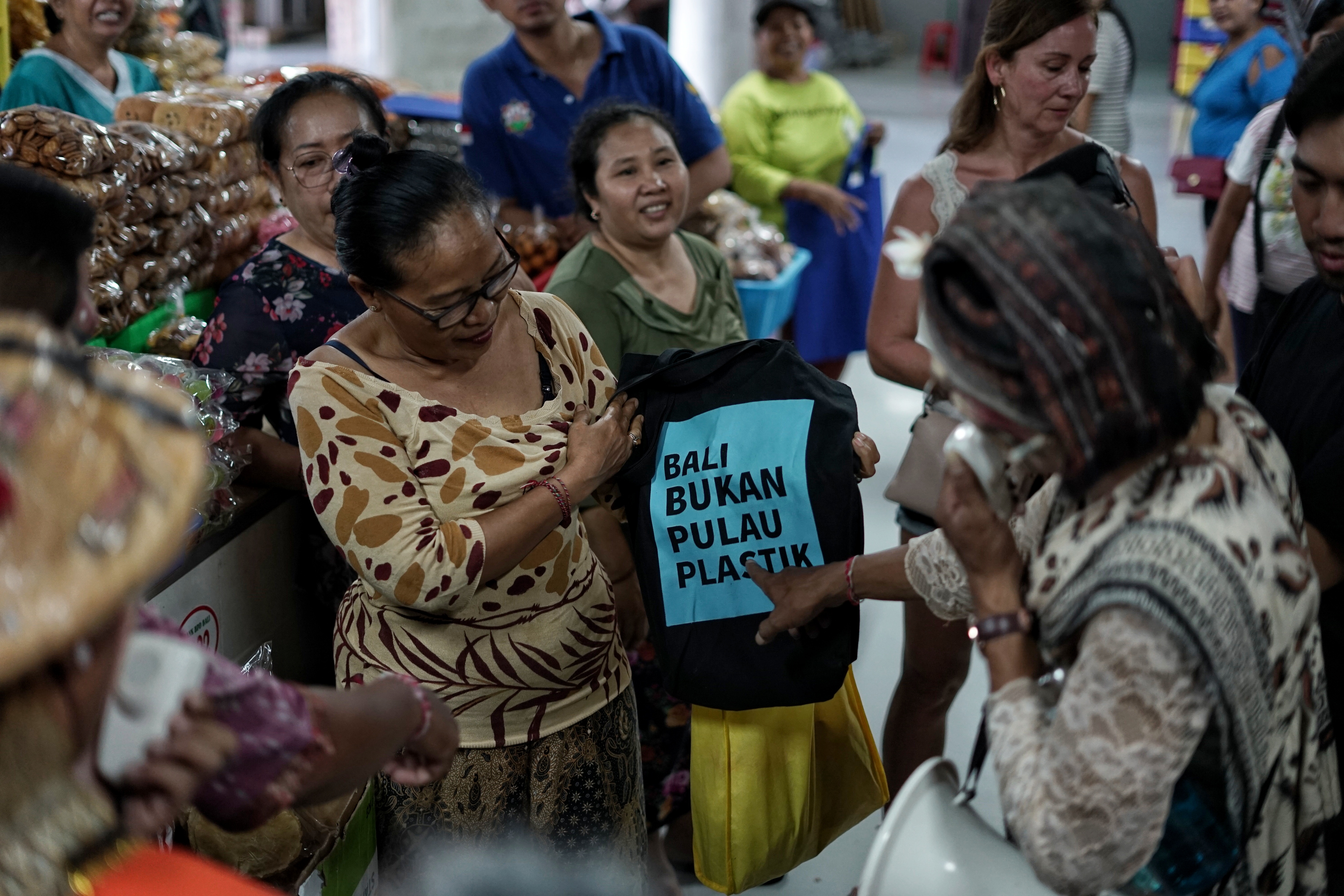 More than 2,000 people attended the launch event. We would like to say a special thank you to Denpasar Mayor Ida Bagus Rai Dharmawijaya Mantra, Suzy Hutomo from The Body Shop Indonesia, and Ida Mas Dalem Segara who showed their support that day.

More than 2,000 audience joined the launch event by the Badung riverside on 6 December 2019. (Photo: Ayyiex Falgunadi)

“There are actually many alternative solutions to single-use plastic products that are more economical and are better aligned to the values of Balinese culture. They were used in the past but have now been forgotten. It is time that we introduce these solutions again. For instance, when preparing for sacred religious ceremonies, we can use banana leaves to wrap offerings or use reusable containers. These simple solutions, are what we seek to share with viewers through the four new episodes,” said Gede Robi, the host of the Pulau Plastik series.

In each episode, Robi invites the audience to explore the issue of single-use plastic waste through the lens of Balinese culture and philosophy and meets with local influential figures such as the Bali Governor I Wayan Koster, Denpasar Mayor Ida Bagus Rai Dharmawijaya Mantra, Suzy Hutomo from The Body Shop Indonesia, and religious leader Ida Mas Dalem Segara.

While the Pulau Plastik series was officially launched on 6 December 2019, the four episodes have already been screened at various village and community events in Bali. During each of these events, we conduct pre- and post-screening surveys, as well as follow-up interviews at least a month after the event, in order to assess the impact of the Pulau Plastik series on the attitude and behaviors of communities in Bali towards single-use plastic. We are currently conducting analysis of this research and will publish the results once completed.

As we continue to screen the new episodes of Pulau Plastik and share other campaign tools, we continue our commitment to support communities in Bali and beyond in advocating towards a world without single-use plastic pollution. A feature-length documentary is also in the works, which will be launched in the coming year. Stay tuned!